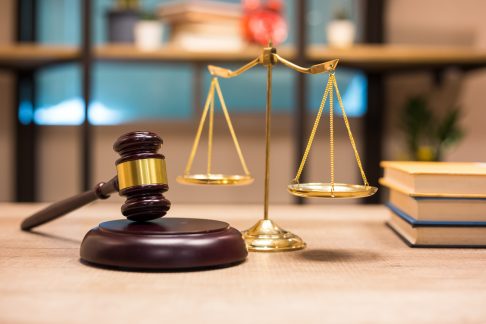 The Carver County Attorney’s Office is hoping to offer certain drug offenders an alternative to incarceration. According to a press release, Carver County asked the Federal Government for a $500,000 grant to implement a drug treatment court beginning in 2020.

The federal grant program, which is sponsored by the U.S. Department of Justice, Office of Justice Programs and Bureau of Justice Assistance, was created in response to the growing number of overdose deaths in the United States. According to federal statistics, over 72,000 Americans died from drug overdose deaths in 2017, up almost 10% from 2016.

Carver County has also experienced the drastic side-effects of this drug crisis. Eight overdose deaths were reported in 2018, which is a 25% increase from the previous year. Not only this, but the Carver County Attorney’s Office prosecuted 144 drug crimes in 2018. Instead of placing these offenders behind bars, the attorney’s office wants to provide them with an opportunity to get help.

What is Drug Court?

Drug court is a sentencing alternative for certain criminal offender’s dependent on alcohol or drugs. Instead of going to jail, an offender will be closely monitored and be required to complete a substance abuse treatment program.

The day to day operations of drug court varies by county, but the Carver County Attorney’s Office stated in their press release the service will be provided to 25 participants and will take place over 16-months. Participants will go through “evidence-based treatment,” that will consist of frequent court appearances and drug testing.

Most drug courts are divided into three or four phases, but again, the structure varies from court to court. In addition to drug testing and court appearances, a participant may have to attend counseling sessions, participate in a 12-step program, complete community service and meet with a probation officer.

Due to limited spacing, not every offender will have the opportunity to complete drug court. As it currently stands, the potential Carver County Drug Court will be offered to non-violent offenders at high risk and need for a validated substance abuse risk assessment.

Attending drug court is a far better alternative than jail time. In addition to getting clean, those who successfully go through the program will likely have their charges dropped.

Incarceration is effective to a point in that it allows those suffering from substance abuse to stop using while behind bars. This type of abstinence rarely lasts once a sentence is complete and the person can return to their previous situation, which increases their chances of recidivism.

You should speak with an attorney if you have been arrested or charged with a drug crime. There are drug courts available all over the North Star State, and James Blumberg Law will fight to ensure you get the treatment you need. Call (952) 431-7758 to schedule a free case consultation.