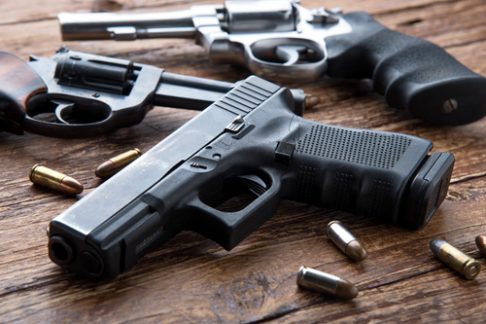 A pair of controversial gun-control provisions passed the Minnesota House as part of an omnibus public safety finance bill. One provision would expand criminal background checks while the other would allow certain individuals to petition the court to temporarily keep guns out of the hands of those deemed unfit.

While these potential laws would not take effect for some time, you can expect to see a few changes in gun legislation if they pass. Not only this, but the two bills would create new criminal penalties for violating the statutes. James Blumberg Law breaks down both bills to help you gain a better understanding of the changes that may be ahead.

What is a Red Flag Law?

A red flag law is considered a gun violence protection provision. Red flag laws are not a new concept. In fact, Minnesota would be the 16th state to have one on the books if passed. The new bill would create what is called an “extreme risk protection order.” This order would allow law enforcement and family members to ask the state to temporarily remove guns from someone who is considered an extreme risk to themselves or others.

Under current law, only those convicted of a crime of violence are temporarily barred from possessing a gun. While this provision still stands in the new bill, family members and the police would have the power to ask the court to remove guns from the owner as long as they can prove the individual is an extreme risk.

The bill does not define what is considered an extreme risk nor does it mention any situations where a petition should be filed. Instead, the bill lists factors the court would take into account when deciding whether or not to grant the protection order.

The state can only take control of firearms for a limited time. According to the bill, the state can possess the confiscated guns for a minimum of six months, but up to two years. Violating an order is a misdemeanor crime. In addition to a potential 90-day jail term and $1,000 fine, violators will also be barred from possessing a firearm for five years.

Knowingly providing false information in or submitting a petition to harass is also a crime under the new law. Doing so is a misdemeanor punishable by up to 90 days in jail, a fine of $1,000 or both a fine and time behind bars.

The bill allows subjects of an extreme risk protection order the right to a hearing where they can contest the court’s imposition of the order. However, waiving one’s right to challenge the order comes with one major benefit. A subject can ask the court to seal the order if they waive their right to a hearing. The court will have the final say in whether or not the order should be sealed. A request to seal will be denied if the court believes public safety outweighs the disadvantages of not sealing the petition.

If passed, the red flag law would not take effect until January 1, 2020.

How Would Gun Sales be Affected if the Bill Passes?

Background checks are already conducted when a gun is purchased from a licensed dealer. The new bill, however, would expand this provision to require background checks in private sales, gun shows and any other setting.

According to the bill, you cannot transfer a weapon to anyone unless they have passed a criminal background check or already have the necessary permit to carry a weapon. That being said, giving weapons as gifts or loaning one for hunting would involve red tape if the bill was passed. The authors of the bill considered situations like this and established a few exceptions to the rule.

A few examples were transferring a weapon would not require a background check include:

If passed into law, the bill would require records of all sales and transfers made outside of the exceptions. Along with signatures from both parties, the document is also required to contain information such as the type of gun that was transferred, photocopies of the transferee’s permit to carry and the assigned serial numbers of each weapon transferred.

Transferring a weapon in violation of the bill would be a gross misdemeanor, which is punishable by up to a year in jail, a fine of up to $3,000 or both a fine and time behind bars.

Both gun law bills are provisions in the state’s omnibus public safety finance bill, which also focuses on funding community-centered public safety efforts and criminal justice reform. The bill is on its way back to the senate where it will go through more revisions and votes, but It’s unclear whether either gun bill will pass since the chamber is divided among party lines.